The Louisville Pride Foundation is a 501(c)(3) charitable organization that promotes Louisville as one community that celebrates diversity, fosters inclusion for all and embraces the LGBTQA community. The foundation seeks to promote this unity between LGBTQ and straight allies by engaging in a conversation with the broader community about what makes us one while celebrating what makes us different. A portion of the proceeds from the foundation’s activities benefits local youth programs. A list of beneficiaries is posted annually following the Louisville Pride Festival in the fall. If you would like to suggest a potential beneficiary, please contact us.

FOSTERS INCLUSION FOR ALL

& QUEER people and their ALLIES.

Louisville Pride Board of Directors 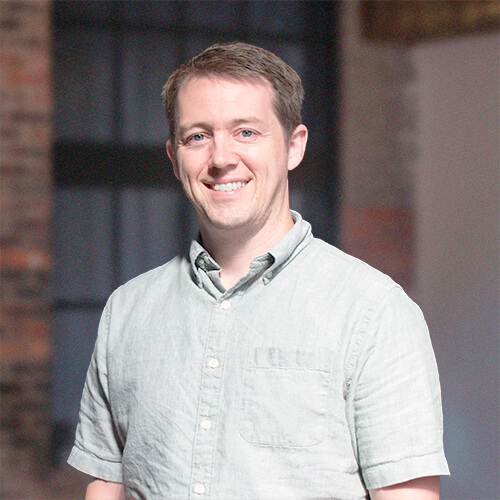 Mike Slaton (he/him/his)
Prior to working for LPF, Mike worked for Louisville Metro Government for 10 years, and he helped form the city government’s first LGBTQ employee resource group before he left. Mike is a graduate of St. Francis High School in Louisville. He received his Bachelor of Arts in History from the University of Louisville and his Master of Public Administration from Indiana State University.

Mike volunteers with Every1 Reads and Big Brothers Big Sisters of Kentuckiana. He has served on the board of the Fairness Campaign and the Kentuckiana Association of Volunteer Administrators. Mike and his husband Jake were among the first legally married same-sex couples in the state of Kentucky, and they became foster parents in 2018. In addition, they have two dogs, Pepin and Selena. Mike enjoys hiking, studying history, and attending the ballet and orchestra. 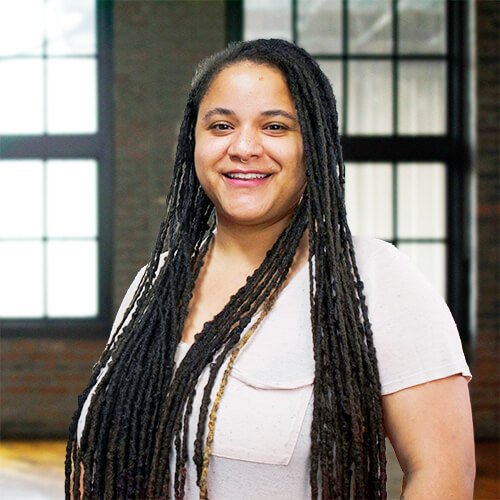 Originally from Mount Sterling, KY, Ashleigh has resided in Louisville since 2014. She has a bachelor's degree from Morehead State University.

She currently works as the title department manager at My Financing USA, a recreational lending company. She also volunteers at the Gateway Regional Arts Center, where became vice president at only 21 years old.

She is married to Chris Mercier and together they have two dobermans, Remy and Archer, and a great dane, Rowan. In her free time, she enjoys award shows, drawing, cooking, as well as animals and plants. 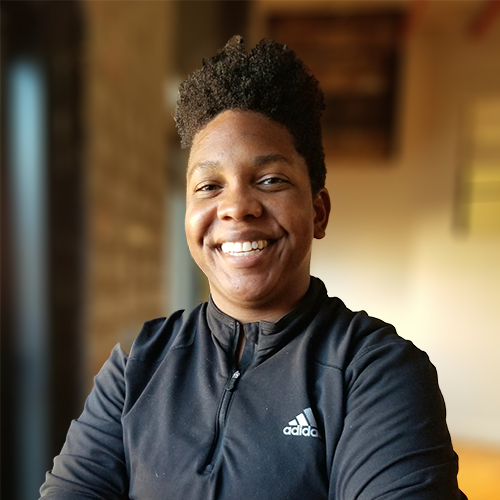 Erin is a born and raised Louisville native who graduated from DuPont Manual high school in 2009. After graduation, she attended Northern Kentucky University where she majored in Political Science and minored in Pre-Law. Upon receiving her bachelor's degree, Erin returned home and later enrolled in the University of Louisville Women and Gender Studies masters program. Toward the end of her studies, she wrote and defended her thesis project on the division between the African American church and their LGBTQ congregation.

With the completion of her master's degree, Erin began working for Safe Place Services as the Coordinator for Community Outreach. She later accepted a position as the Educational and Outreach Coordinator for the Louisville Metro Human Relations Commission. Now Erin is the Executive Director for the Kentucky Health Justice Network. In her spare time, Erin enjoys hitting the gym, playing rugby, cooking, attending music and sporting events, and following U of L athletics as well as Louisville City FC. 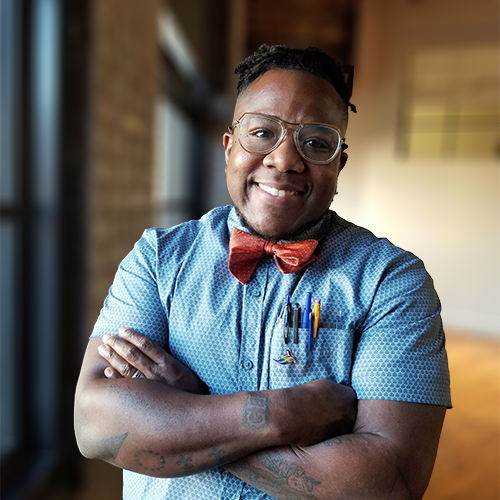 Xian R. Brooks (he/him/his)
Xian is a public health professional, born and raised in Louisville, KY. He completed his MPH in community and behavioral health at the University of Colorado Denver, and his BS in public health education at North Carolina Central University. While Xian's research interests lie in the areas of LGBTQ reproductive health and health equity; specifically transmasculine health, he has experience in the fields of clinical research trials (HIV and opiate dependence), and harm reduction. 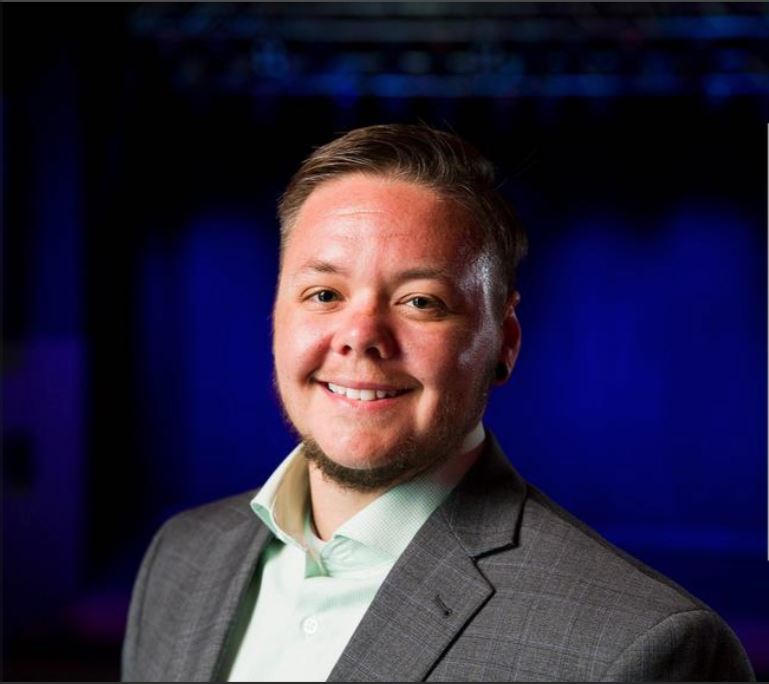 Kasen Meek (he/him/his)
Kasen is a Louisville native who proudly serves on the LPF Board as an openly trans man. As a University of Louisville graduate (B.A. Psychology & Sociology, 2006), Kasen spends his days as the Digital Marketing Coordinator for Centerstone. He served on the Board of Directors for YPAL (Young Professionals Association of Louisville) as the VP of Engagement and Director of Diversity, Equity & Inclusion (2018-20). He also served on the Leadership Committee for the Louisville TransMen (2019-20). Kasen is glad to give back to our community by volunteering with Groceries and More, Metro United Way, Pandora Productions, and Fund for the Arts. Kasen was honored by Louisville Business First as a 2019 Forty Under 40 and by QueerKentucky as a 2020 QueerKY Leader. Kasen was also commissioned as a Kentucky Colonel by Governor Andy Beshear.

In his free time, Kasen loves volunteering and supporting the arts and local businesses. He is a Broadway in Louisville and Acting Against Cancer season ticket holder and fan of anything Louisville Cardinals. Kasen also enjoys running the occasional 5K, dressing in costume for any occasion, and traveling as often as possible. Kasen will have his Louisville theatre debut on the stage of Pandora Productions in 2021 as Jackson in “Southern Comfort”. Kasen also wrote a blog “TRANSparentKasen” for Yes Louisville, to offer a window into the trans experience. Kasen is excited to help bring together Louisville’s LGBTQIA communities and spread the messages of love, hope, acceptance, and compassion by living so openly and serving on the LPF Board. 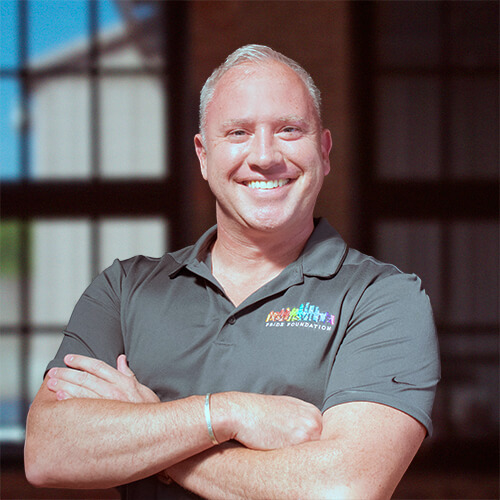 Todd Mercier Board of Directors

A lifelong Kentucky resident, Todd was born and raised in Lexington before relocating to Louisville 13 years ago, where he has remained since.

He graduated with a bachelor of science in economics & business, and then moved on to obtain his masters in public health administration. He is now the owner of Evo Mortgage, a local company that specializes in residential lending offering and conventional as well as government loan programs, where he also works as a mortgage broker. Before joining the Louisville Pride Foundation, Todd volunteered for many years with Pandora Productions, where he eventually became president of the board.

Todd is the proud parent of two doggos, Silas and Neeley. In his free time, he enjoys pottery, hiking, and reading, as well as cooking for and entertaining friends. And most importantly - he has the best dance moves east of the Mississippi River. 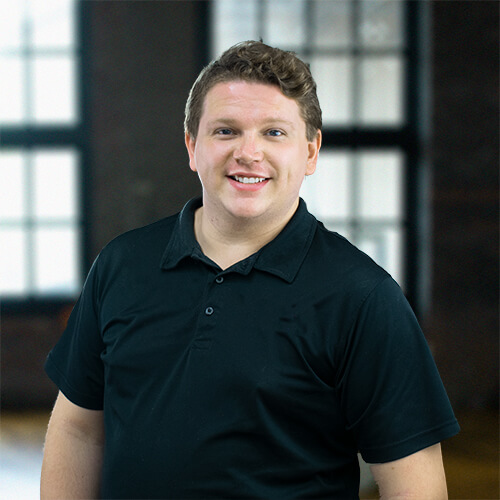 As a native and lifelong resident of Derby City, Brent has a deep-rooted understanding of the people of Louisville, as well as the triumphs and challenges the city has seen over the years.

A 2011 graduate from Fern Creek High School, Brent is now the Promotions Director for SummitMedia in Louisville. Naturally, he has an interest in event planning - the bigger the event, the better. He also enjoys traveling with friends and spending as much time on vacation as possible, as well as a little drag racing in his spare time.

Brent is also a pet parent to two dogs - Rosie, a terrier/shih tzu mix, and DJ, a pit bull/black lab mix. He’s also extremely handy; some of his “handier” accomplishments, if you will, include changing an automobile motor and building a house from the ground up. 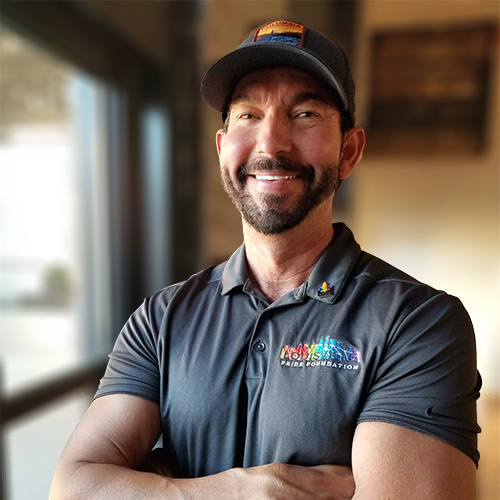 James has lived in the Louisville metro area for over 54 years, where he graduated from Jeffersonville High School, going on to earn degrees in business management from Indiana University Southeast, interior design from Ivy Tech Community College, and exercise science from the University of Louisville.

He currently works as an FPS Production Coordinator for Ford Motor Company and also with the United Auto Workers (UAW). James is heavily involved with volunteering with the UAW, and sits on several committees, including: Civil & Human Rights, Community Service, Riders for Heroes, and Citizenship & Legislative, among others. He has also served as a Trustee on the UAW Local 862 Executive Board for the past 7 years.